The Physics of Theme Parks/Technical

For those who don’t the amusement industry that well one of the most frustrating things is hearing people talk about certain roller coaster manufacturers when you’ve just got no idea what it means and why anyone cares. This list will summarise the biggest names in the industry, a few of each of their models, and maybe give you some help spotting them in their natural habitat. We’ll start with the much longer half of the list; the primarily steel manufacturers (some of them do build wood, too).

What They’re Known For: Large (100-300ft), very well engineered steel roller coasters. They push the boundaries but not ridiculously so, so they are very reliable. Some complain they are too well engineered; some of their rides are so smooth it’s almost not fun.


Occasionally people refer to them as ‘beamers’ but those people are fools and take themselves much too seriously.

How To Spot ‘Em: Whilst they don’t have a Spirit of Ecstasy on the front of every ride, B&Ms are probably the easiest coasters to spot. They all have the same track; a big solid square spine with the two rails attached with triangular ties. 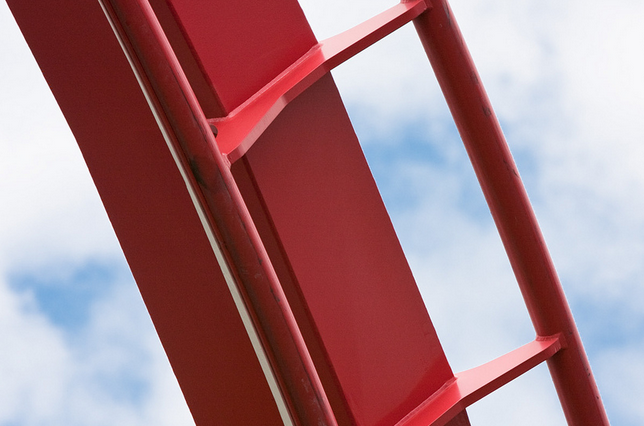 What They’re Known For: Everything. Intamin build anything from massive steel roller coasters (up to 450ft as of today), their main rival in that market being B&M, all the way down to kiddie rides. They are the ultimate innovators; they don’t hold back with their designs. One result of this is that they have built the tallest and the fastest coasters in the world, and the top 2 rated coasters (according to the legendary Mitch Hawker poll, the only unbiased poll on the net; there’s a very complicated algorithm involved) in both steel and wood categories, but it also means that occasional miscalculations have meant they have had to physically rebuild rides to prevent injury.

How To Spot ‘Em: The problem is Intamin are constantly reinventing themselves, so their rides have a huge range of appearances. They started out with B&M style box track, but for most of their time they have used a lattice structure in bi-rail, tri-rail and quad-rail format.

What They’re Known For: They’ve built 205 coasters, more than any other company. They are often spurned by enthusiasts for 1. Being rough (not always true). 2. Building off the shelf designs (their two most popular models, Boomerangs and Suspended Looping Coasters, have a combined 58 installations around the world, and they’re all pretty much exactly the same). And so they have a reputation for being boring and unoriginal. This couldn’t be further from the truth. Sure, they have a great business model which allows them to spin out coasters every year with no design costs, but they’re also great innovators. They have come up with some of the wackiest creations out there, but still remain reliable and with large capacities (which is why Disney use them so often). Their mine trains (a la Big Thunder Mountain) are in a league of their own.

How To Spot ‘Em: Generally they use a trademark angular track with a cylindrical spine; unusually the rails are attached to the tracks from the outside so the wheels sit inside. More recently however they’ve used a more standard cylindrical spine with two tied rails, which is hard to spot. 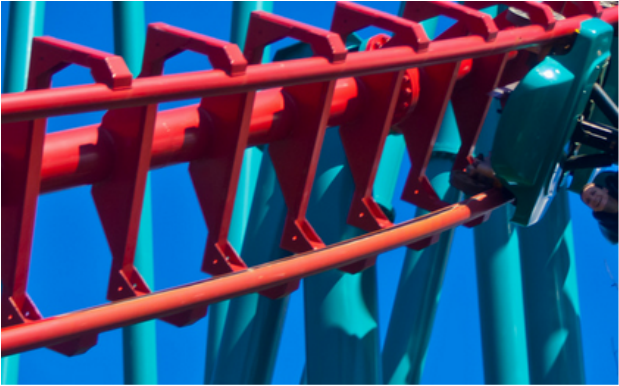 What They’re Known For: They compete with the above three by building smaller, more affordable, but still thrilling coasters.


How To Spot ‘Em: The track is exactly the same as Intamin’s, but they are usually more compact. Eurofighters are easy to spot with the 97 degree drop.

What They’re Known For: This American company started off building bungee equipment before realising they could up the ante to full scale theme park rides. Early on they specialised in compressed air powered attractions; their most successful ride is the famous Space Shot drop tower, they have literally hundreds of installations across the globe. This pneumatic technology was then applied to roller coasters; if you could launch a car on a tower upwards why not launch a roller coaster horizontally? These massively fast launched roller coasters didn’t take off immediately (despite record breaking accelerations, 0-107mph in 1.8 seconds on Dodonpa (Fuji Q Highland)), due to their limited layouts, but this has been rectified by the company and they’ve started to crop up more frequently. In 2002 they bought the defunct Arrow Dynamics (see below) and with that the right to build Arrow’s prize model, the 4D roller coaster. These incredible rides are very expensive (generally S&S don’t charge more than $10 million, these cost $30 million) and so are few and far between, but they get built every now and again. S&S are not the most popular, but they have a niche corner of the market for outrageous rides.

How To Spot 'Em: It's tricky. S&S rides come in all different shapes and sizes; the 4Ds are obvious because of the spinning seats mounted on the sides of the train, and the original launches used an unusual square rail rather than the typical cylindrical style.

What They’re Known For: Maurer are an enigmatic company who crop up infrequently on the big stage. They’ve been building Wild Mouse coasters since the 90s but have only come up recently with their original designs.

How To Spot ‘Em: The spinners have distinctive individual circular cars, and the X-Cars are exposed, with high seats and lap bars. Their track either looks like Intamin’s (the spinners) or Vekoma’s new track. 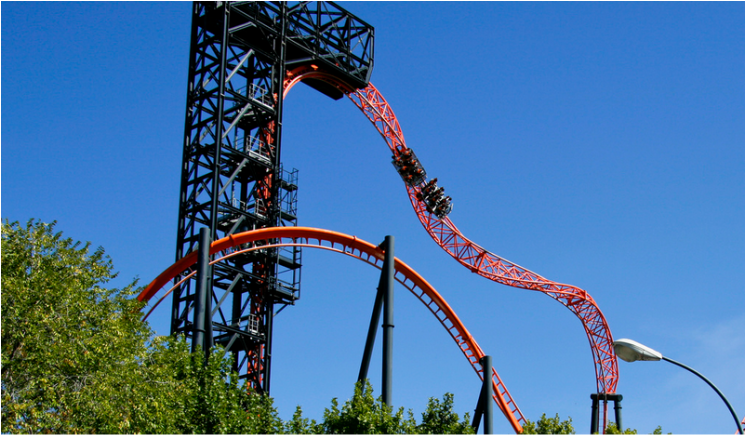 Schwarzkopf (d. 2001) I don’t mean to be insensitive here as unfortunately this company ceased being when its founder, the legendary Anton Schwarzkopf, passed away in 2001. Schwarzkopf not only designed many legendary rides, they also gave rise to some other major players; the world’s most prolific consulting engineer (he doesn’t actually build them) Werner Stengel, and a group of electrical engineers split from Schwarzkopf to form Gerstlauer.

Arrow Dynamics (d. 2002) These guys are arguably the most innovative manufacturers ever. They created the first tubular tracked steel roller coaster (Matterhorn, Disneyland in 1959) and the first modern inverting roller coaster (Corkscrew, Knott’s Berry Farm in 1975). They built the first ride with 7 inversions, the first ride to top 200ft and the first to break 80mph. They invented the suspended roller coaster and the pipeline roller coaster. Their final foray proved to be their downfall; they invented a completely new roller coaster model they called 4-D, where the seats are mounted on the sides of the track and can rotate completely upside without the track moving at all. The prototype (X, Six Flags Magic Mountain) had major technical difficulties causing Magic Mountain to sue Arrow and they went bankrupt as a result. Fortunately S&S bought them and their catalogue, but now they don’t offer anything near to Arrow’s original roster. 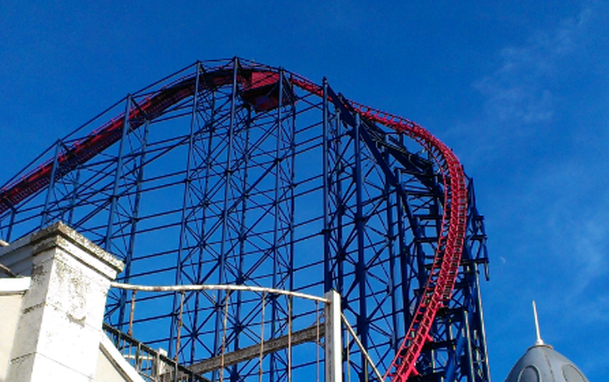